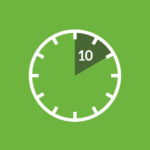 If you missed last week’s plan, check out Week 4 here.

Hello, and welcome to week five of the Off the Shelf bible reading plan. We hope week four was an opportunity to reflect on the way God delivered his people to the promised land, and who he chose to lead his people. Last week, we ended by looking at the beginning of King David’s reign. If we had continued to read the rest of 2 Samuel, we would have seen some of the horrible missteps King David made as Israel’s leader. However, despite these actions, David was known as a man after God’s own heart. He genuinely loved God and strove to lead the people to follow God.

Unfortunately, the same thing can not be said of many of the kings who came after David. Only two generations after David, God’s people had forsaken him. Because of their sin, God allowed the kingdom to be divided, and ten of the tribes separated from the tribes of Judah and Benjamin. The ten northern tribes became known as Israel, and the two southern tribes became known as Judah. As we look at the books of 1 and 2 Kings and 1 and 2 Chronicles, we see story after story of God’s people being unfaithful to him. While some of the kings of Israel and Judah were godly kings who led the people toward God, many were evil and led the people astray.

As we step into this week’s reading, we are going to look at a section of Scripture called Wisdom Literature. This section is between the historical books, which we looked at last week, and the prophets, which we will look at in the next three weeks. This section contains five books. Three of the books: Job, Proverbs, and Ecclesiastes, are considered wisdom books. These books focus on the significant issues of life and what it means to respond to those in godly wisdom. The other two books: Psalms and Song of Songs are considered lyrical writings. These two books are remarkably different, but they both are essential to our overall understanding of the Old Testament.

DAY 1  | Today we will read the first and last chapter of the book of Job. This book is a story of undeserved suffering and God’s relationship with Job amid the suffering. Throughout the book, we see Job’s friends offering their insight on Job’s suffering. Toward the end, we get to see God’s responses.  Today read Job Chapter 1 and Chapter 42 for a snapshot of the book of Job.

DAY 2  | Today will be the first of three days we spend reading from the book of Psalms. The book of Psalms is a collection of five books of song lyrics. Many of these songs were worship songs or prayers used by God’s people to worship him. Many different men wrote these songs, but almost half of them are attributed to King David. Today, read:

DAY 3  |  Today we continue our reading in Psalms. Today, read:

DAY 4  |  Today we conclude our reading in Psalms. Today, read:

DAY 5  | Today we will read the first two chapters of the book of Proverbs. Proverbs is a book of wisdom written by Solomon, King David’s son. This book focuses on godly living, both in our relationship with God and with one another.  Today, read Proverbs Chapters 1 and 2.

Thank you for joining us this week. Join the conversation at Off the Shelf Facebook Group! 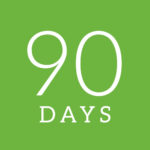 THE BIBLE IN 90 DAYS

Also, If you are looking for a challenge, it’s not too late to jump into the Bible in 90 days plan. This plan is designed to walk you through the Bible over the course of just three months. That works out to 12 pages of reading each day—a commitment, but certainly manageable, and one that’s well worth making.
Start plan here: https://www.bible.com/reading-plans/13-bible-in-90-days